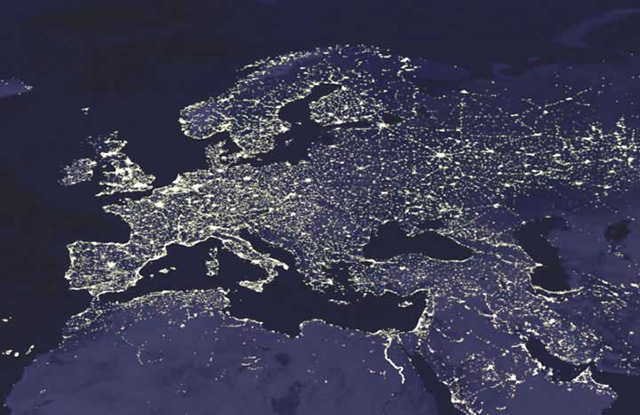 Image courtesy of DMSP and NASA

The phenomenon of light pollution is a hot topic, because it concerns us every night. At the same time it is a pollution of our environment that goes largely unnoticed. The advantage of this pollution is the fact that it can be quickly remedied. Turning off the lights is enough to make light pollution disappear.

Artificial lighting at night is a very recent fact in the history of our planet. The first lightings were developed from the 17th century, with oil and gas street lamps. It is only during the 20th century that the phenomenon really increased with the installation of public lighting coupled with the large-scale distribution of electricity.

Light pollution is defined as “the change in natural light levels in nighttime landscapes by artificial lighting sources”.

It affects multiple aspects of the environment. For example, it not only makes stargazing more difficult, through excessive, poorly designed, misdirected and/or unreasonably used outdoor lighting, private or public, but it also impacts the nocturnal biodiversity.

The species adapted to nocturnal conditions are therefore experiencing a profound modification of their environment in the lit contexts during the night. The consequences are multiple. From the dazzling of birds, which increases the risk of collisions with cars, to the loss of hunting and reproduction areas for bats or amphibians.

Species that are luminophilic, which is the case for a large number of insects, undergo a very significant increase in mortality risk. Indeed, insects swirl around the light source, sometimes to the point of exhaustion, being fried by the high temperature emitted by the lamps, or even falling prey to predators such as certain amphibians, bats or even spiders spinning their webs under the streetlights.

Night lighting can also impact human health by causing a shift in sleep phases or difficulties in falling asleep. In the long term, this disruption of the biological clock can cause many medical disorders such as depression, insomnia, cardiovascular diseases, and even cancers.

Impacts on biodiversity are observed both on an individual and collective scale. Light pollution can reduce the habitat of some species by cutting corridors connecting different areas of the habitat. One result can be a loss in genetic diversity and numbers of animals. In the long run, cascading effects can lead to non-reversible ecosystem imbalances. 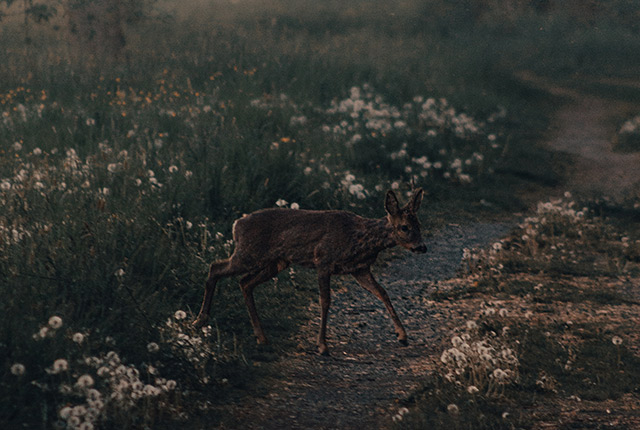 With the advent of LED technology, artificial lighting at night has not only increased even more, but the quality of light used by many LED streetlights is more harmful than that of older outdoor streetlights. The light emitted by many LEDs has a larger blue light component, a characteristic spectrum of sunlight, which is associated by organisms with daylight.

To fight against light pollution, it is necessary to fight against unnecessary lighting, as a priority in the most sensitive areas for biodiversity. It is not a question of removing all lighting, but rather of rethinking it.

By respecting the following five principles, a reduction of public and private light pollution is possible.

More information on the topic

There are many tips for night lighting. The brochure “Leitfaden “gutes Licht” im Außenraum für das Großherzogtum Luxemburg” published in 2018 comprehensively summarizes the recommendations to be followed when installing or exchanging external nighttime lighting.

The impacts of light pollution on biodiversity have been summarized by the Administration of Nature and Forests (ANF) in a comprehensive booklet, published in 2021, which is downloadable in PDF format on their website.

Website “Night, Light & More” realised by the  Naturpark Our

Article (DE) published on the presentation of the Leitfaden “Gutes Licht” (emwelt.lu)