The City Nature Challenge is an annual event in cities around the world where citizens are asked to observe and record as many wildlife species as possible. In 2022, it took place from the 29th of April to the 2nd of May. 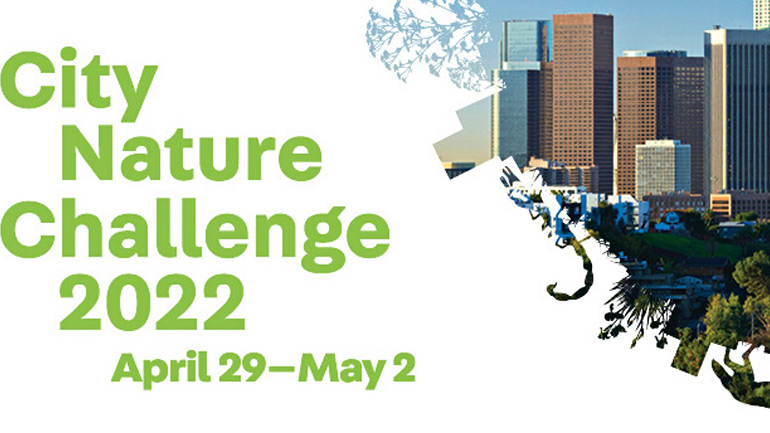 Around the world a total of 67,220 people participated this year in the 7th edition of the City Nature Challenge, 15,000 more than in the previous edition! In total, 1,694,877 biodiversity observations were made in the 445 participating regions covering 47 countries, including Luxembourg. More than 50,000 species were documented, including 2,244 rare/endangered/threatened species. You can find the worldwide results here.

Observations all over Luxembourg

Luxembourg participated for the fourth time in the City Nature Challenge. Organized by the National Museum of Natural History, many partners joined this year’s edition. SICONA, SIAS, Minett UNESCO Biosphere, Natur- & Geopark Mëllerdall, Naturpark Our, Naturpark Öewersauer, LIST, FRAMEWORK, IMS, Bee Together and natur&ëmwelt Sektioun Stad organized events during which 401 participants were able to record a total of 7638 observations and observe 1340 different species.

For more information about the City Nature Challenge 2022 please visit the website of the ‘naturmusée‘ or the Luxembourg website of iNaturalist. 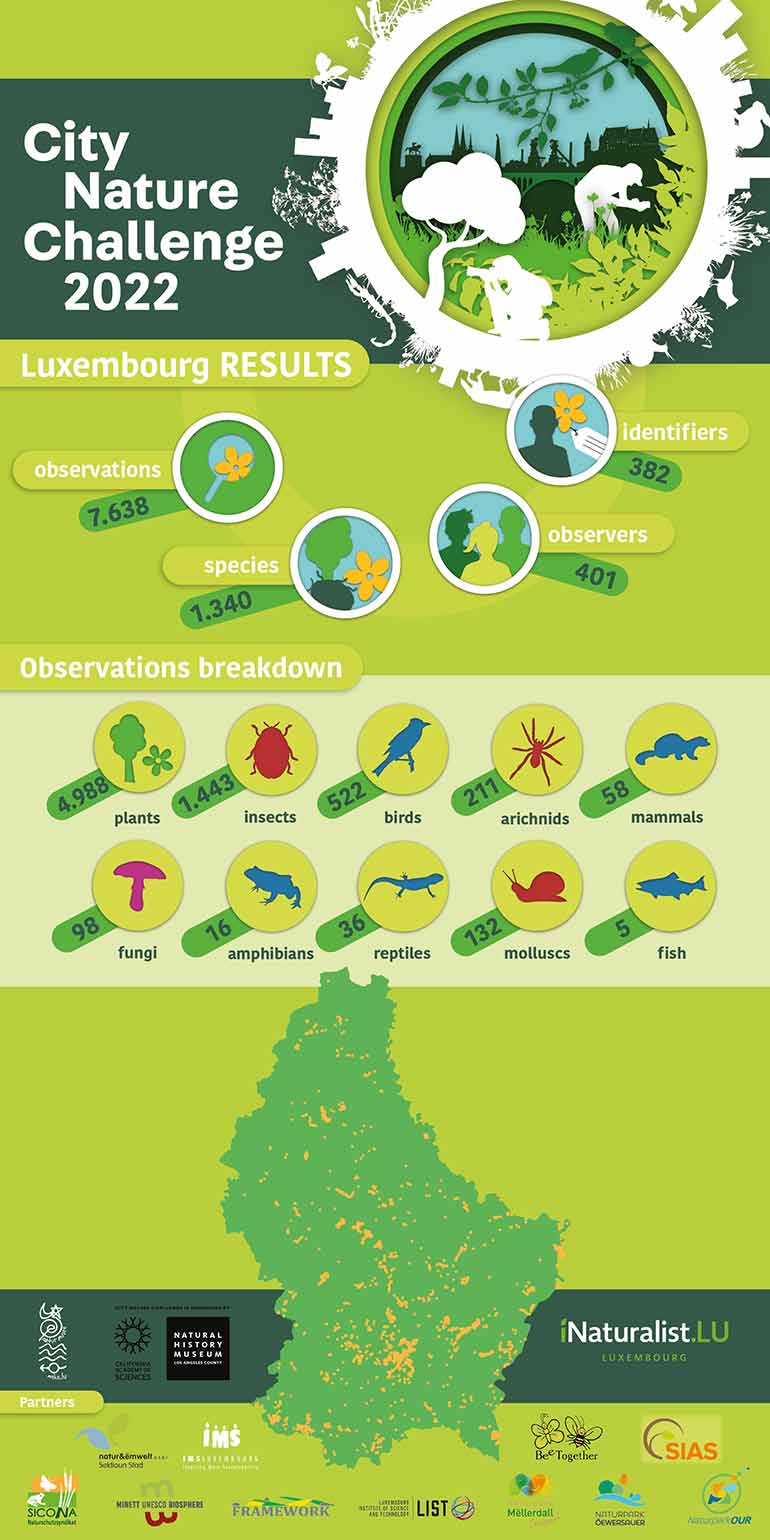