Today is the first International Day of Biosphere Reserves. An event highlighting the contribution of biosphere reserves to sustainable development will be organized at UNESCO Headquarters in collaboration with the World Network of Biosphere Reserves. This day will also mark the end of the two-year celebration of the 50th anniversary of the Man and the Biosphere (MAB) Programme.

The Man and the Biosphere Programme (MAB), launched in 1971, is UNESCO’s oldest intergovernmental scientific programme. The MAB Programme and the biosphere reserve model have become, over the past 50 years, an international example of sustainable territorial development and underline the commitment of UNESCO and MAB to the global biodiversity agenda and the Sustainable Development Goals. 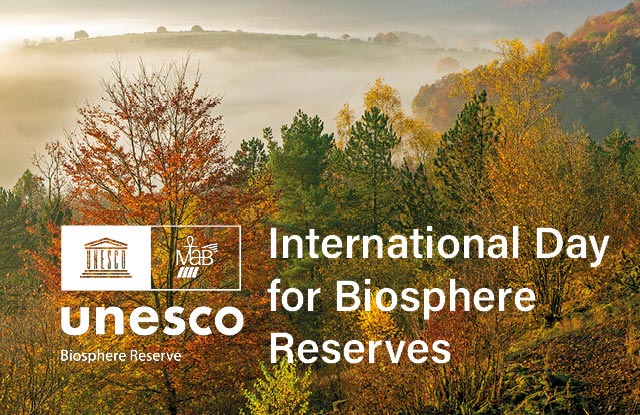 Encompassing all types of ecosystems and sometimes urban areas, the WNBR spans the globe and includes 738 sites, including 21 transboundary sites, in 134 countries. More than 270 million people live in a biosphere reserve. In total, these sites protect about 5% of the earth’s surface, or over 7 million km2, an area roughly the size of Australia. Each year, more and more sites join the WNBR, and more and more countries will eventually pursue the objectives and goals of the MAB programme.

Luxembourg has been a member of this network since 28 October 2020 with the recognition of the Minett UNESCO Biosphere Reserve covering 200 km2 in the southwest of the Grand Duchy. The core areas of this biosphere reserve consist of former open-cast mining sites that have been reclaimed by nature after the end of mining and which represent an extraordinary biodiversity and give refuge to many threatened plants and animals.