The PRO-SUD region with the GECT Alzette Belval & Pôle Métropolitain Frontalier du Nord Lorrain (PMF) were successful in their application to the call from the OECD and DG REGIO: “Building More Resilient Cross-Border Regions” project. Our French-Luxembourg territory counts for 520 000 citizens.

The European Commission’s DG REGIO and the OECD invited representatives from five selected pilot regions to participate in the kick off project.

In particular, the 15-month project will look into the implementation of public policies (e.g. cross-border tax policy) and services (e.g. in healthcare, transport, education) in functional border areas.

The project will focus on the following three governance aspects:

Actors: Which public and non-governmental actors are involved in cross-border co-operation; how they engage with each other; what are barriers to the effective design and delivery of cross-border policies and services?

Means: What funding and financing mechanisms are being used and can be explored further to support cross-border public service delivery and improve physical infrastructure.

The four other pilot regions cover parts of the following countries:

The objectives of the kick-off event in Brussels was to formally launch the project. The pilot regions were given the opportunity to familiarise with the different components of the initiative

One third of the EU population lives in a cross-border territory. Border needs to unite people rather than divide them. 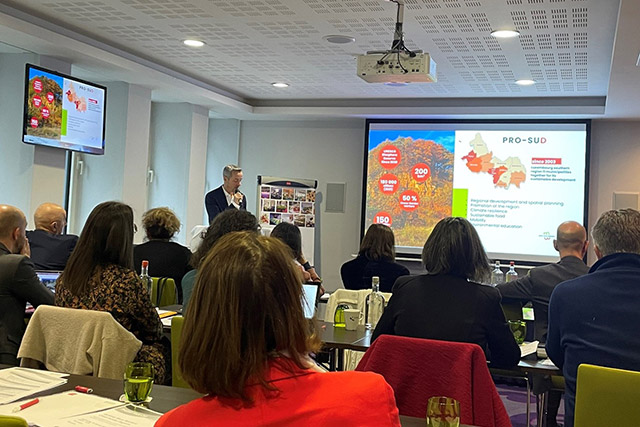