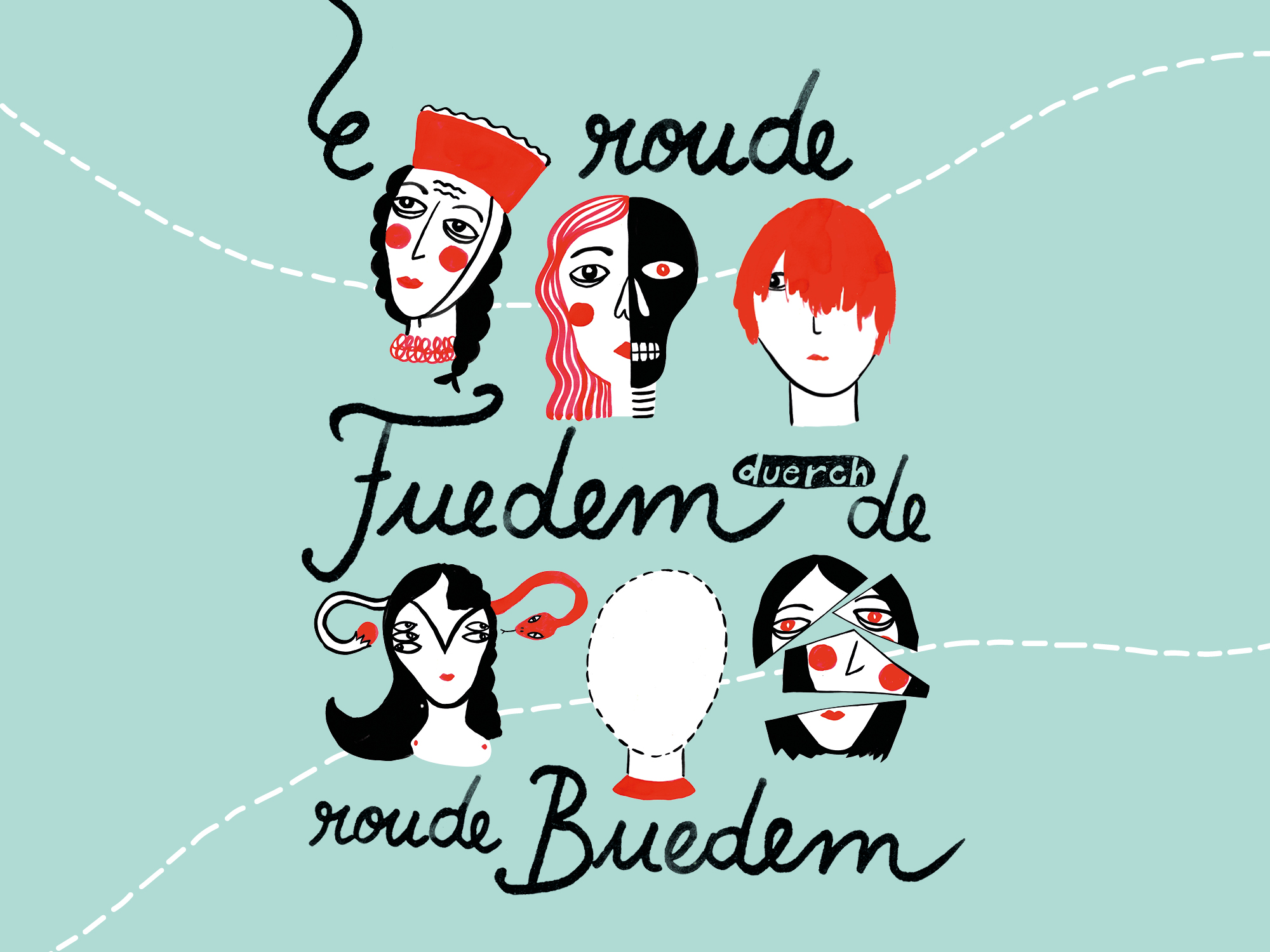 The main subject of the project is based on local legends from the Minett region. These will be remixed by a group of multidisciplinary artists. These stories will be told in 6 communes (Esch, Bettembourg, Sanem, Dudelange, Mondercange, Differdange) through different artistic and performative walks.

During the walk, the spectator experiences a renewed combination of traditional legends with current events: you are invited to immerse yourself in new points of view of the stories told. In addition to the many cultural influences, however, prejudices in the legends often persist to this day. The project is particularly interested in the image of women in these stories. Stereotypes, which are often discriminatory, will be raised, questioned and placed in the context of the 21st century. The diversity of female characters in the individual stories is examined and the question is how we would receive them today. The artists' collective works on a local and decentralised level, including participatory aspects with the inhabitants of the region.

A digital application project is also part of this production. The idea is to offer the public an 'after Esch202': to discover or rediscover the route, in digital form, including sound recordings of the performances. This longevity highlights another aspect of the project: the red thread plans to leave a trace in the southern region. But already for Esch2022, two of our six routes will be conceptualised in digital form - that of Esch & Dudelange.

Text provided by the project partner